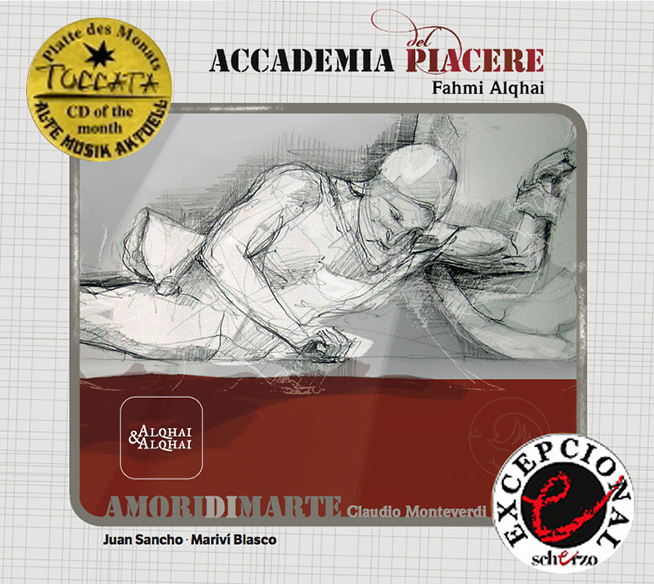 Let me tune the zither, and to praise Mars,
I will raise my art and verses.
But vain is my attempt and impossible it seems to me,
For now it only wants to sing of Love.

In the cover, a soldier falls on his shield. He has been defeated —not by his enemy, but by Love. In its new CD Accademia del Piacere sings with Monteverdi the victories of Venus against Mars: even the fierce Tancredi of the Combattimento couldn’t enjoy the victory, finally defeated by Cupid. Accademia del Piacere comes back so to the Italian Seicento, with Juan Sancho and Mariví Blasco, to show us its passionate vision of Monteverdi’s masterwork Il Combarttimento di Tancredi e Clorinda, with the most careful attention to the poems and an excellent edition with the wonderfull Fairfax’s translation of Tasso (1600).