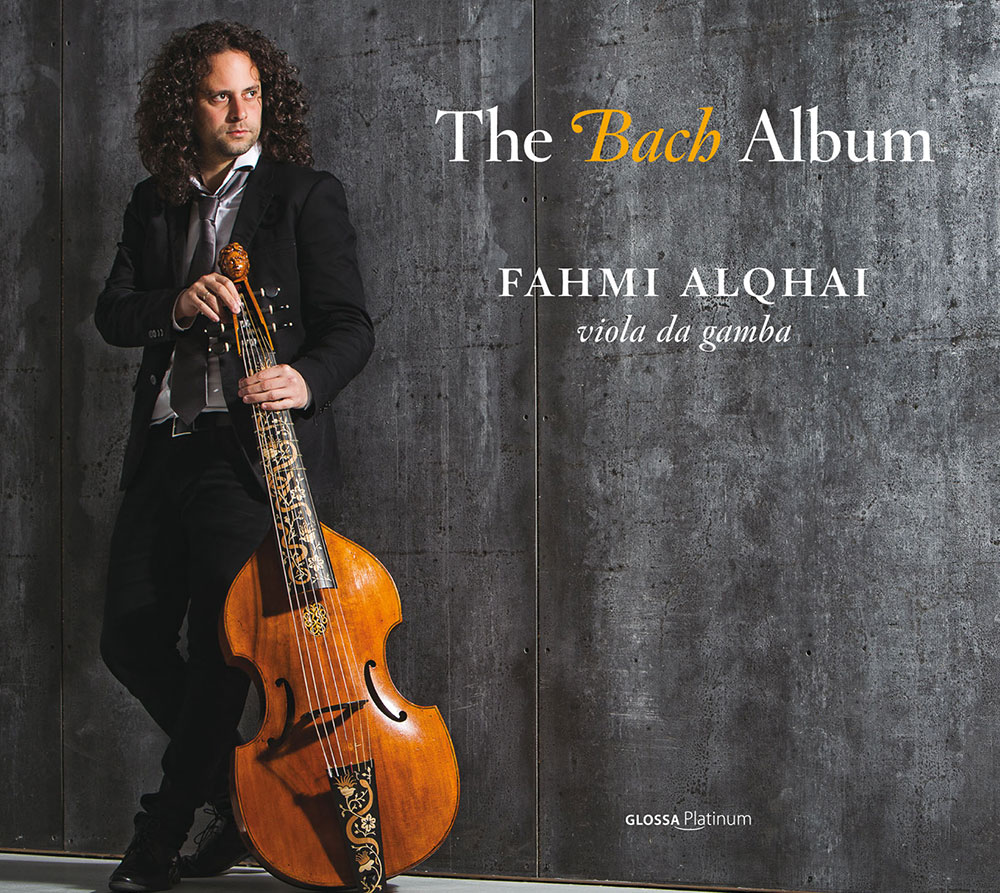 One of the challenges for a modern-day viola da gamba virtuoso is the need to be constantly searching for (and finding) new and demanding solo repertory with which to demonstrate his or her technical and interpretative prowess – especially given that the supply of this dried up during the course of the Baroque era. One of Fahmi Alqhai’s solutions to this challenge is the more-than-legitimate recourse to transcriptions, and in a tour de force on The Bach Album he presents four such reworkings – all made by himself – of solo instrumental masterpieces by the great composer.

With the viola da gamba being a “mixed” instrument – both choral and capable of playing melodic lines – Alqhai has adapted the Second Violin Sonata and the Fourth Cello Suite, and also the Flute Partita. He has also added the astonishing – and inexhaustible – Chaconne from the Second Violin Partita. Alqhai has made this Chaconne the final flourish of one of his concert programmes and his recording for this new Glossa release, made in the Estudios Sputnik in Seville, clearly shows how his interpretation has been honed by all his live performances.

That these transcriptions sound as though they could have been written for the viola da gamba is, of course, testament to Bach’s genius. It is, however, also, a reflection of the naturalness and vivid communication that is the hallmark of Fahmi Alqhai’s playing and musical thinking.