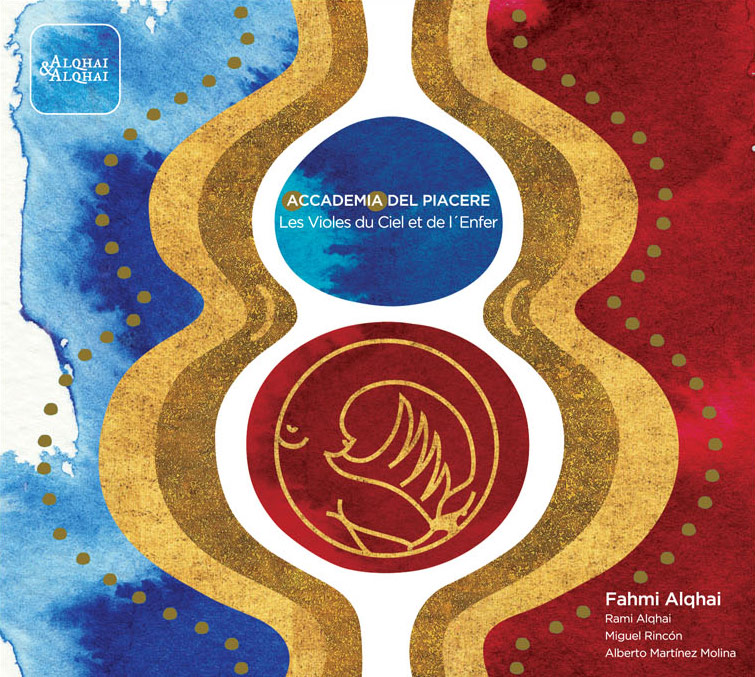 Not many geniuses have been seen since those beautiful days, as if Nature had decided to take a rest after that.

—Voltaire, The Century of Louis XIV

“Angels are many-sided and equivocal.” Thus wrote the poet Rafael Pérez Estrada and I ponder on that ambiguity of the archangel, halfway between heavenly and evil, as I am shaken by the alternation and the successive waves of this album, half godlike half barbarian, alternatively “fanciful and lunatic”, as Hubert Le Blanc described the wild evil temper of Antoine Forqueray, changing immediately into the exaggerated, troubled sensitiveness of the most intimate and poetical Marin Marais. It is funny: you listen to it forwards and backwards and both performances always fit symmetrically, as if they were exactly-cut reverses. The answer is given, once again, by Pérez Estrada, who points out: “exact lovers cast only one shadow.” The juxtaposition of the opposite Forqueray and Marais cast, therefore, one single global shadow.